01 March 2010
Management of Municipality of Kardzhali announces to the citizens that preliminary list of card index records can be seen on the Municipality building entrance door.

01 March 2010
Today, Ranilist Village N.Y.Vaptsarov Secondary School students welcomed “Baba Marta”. “Baba Mart” is famous for her whimsical character. She brings happiness and warmness when she is happy; however it becomes cold when she gets angry.

01 March 2010
Hristo Botev Foreign Languages High School sent the evil forces away by the “Fashing” Carnival. “Fashing” Carnival is a carnival specific to Germany and Austria. It is celebrated in February each year as the beginning of the lent. Lent begins after the celebration.

03 March 2010
Mayor of Kardzhali Eng. Hasan Azis and City Council congratulates the citizens for the 3rd of March National Holiday of Republic of Bulgaria and wishes health, happiness and wealth. 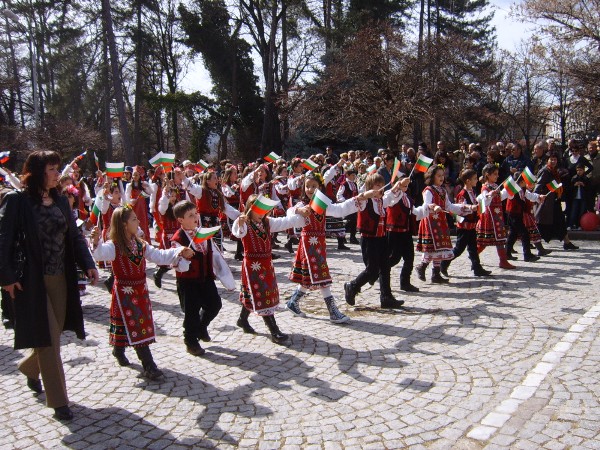 03 March 2010
At the celebration of the National Holiday the representatives of all the schools of the city attended to the muster parade in the main street of the city. 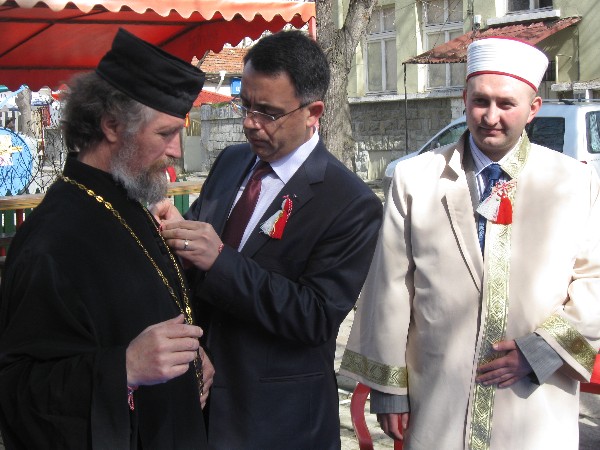 03 March 2010
After the celebration of the National Holiday Mayor of Kardzhali Eng. Hasan Azis, Head of Kardzhali Region Christian Community Father Petir Gerena and Mufti of the Region Beyhan Memed drank a coffee together. 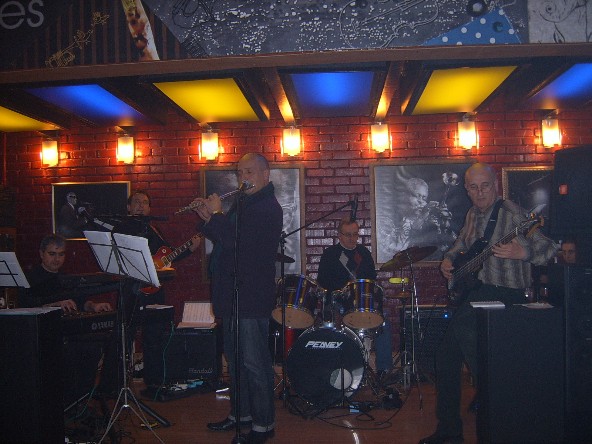 Poems and Jazz for 3rd of March

04 March 2010
Kardzhalian writers celebrated the 3rd of March in an unusual way. Stage Jazz Club opened its doors to the writers to read poets, sing songs and to share their excitement about the independence of the country and life.

08 March 2010
The Mayor of Municipality of Kardzhali Eng. Hasan Azis and City Council celebrate 8 March-World Women’s Day of all the women and wishes happiness and health.

09 March 2010
For the attention of the Political Parties that are represented in the 41st national Assembly and Local Administrators of the Coalition Parties Dear Sirs and Madams, 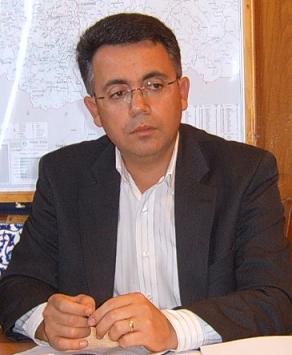 Mayor of Kardzhali Eng. Hasan Azis met with the Prime Minister about Perperikon

09 March 2010
Mayor of Kardzhali Eng. Hasan Azis met with Prime Minister, Boyko Borisov, on the 8th of March. One of the topics of the meeting that took place in the Ministy was about the Perperikon Touristic Center. 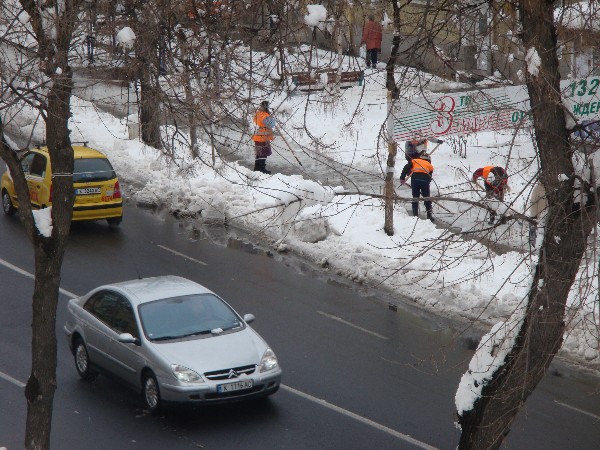 Snow in March Closed the Schools

Annual property tax and garbage collection tax is being collected

09 March 2010
Head of Municipality of Kardzhali Local Tax Department, Sonya Tabakova, informed that annual property and garbage collection taxes are being collected since the 1st of March.

11 March 2010
Municipality of Kardzhali announces to the related people; The following projects related to the Detailed Structural Plans (DSP) has inured in the Official Gazette dated 09/03/2010 with the number 19. 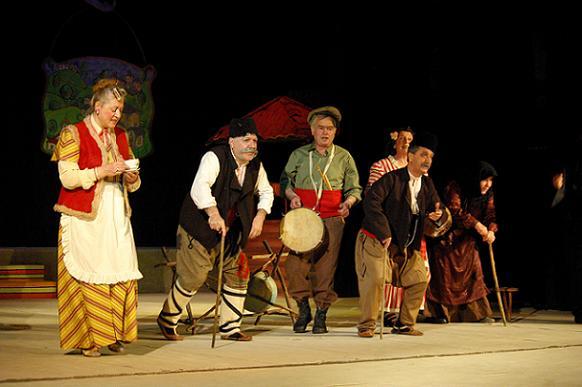 Premiere of the representation named “Bizimkiler” 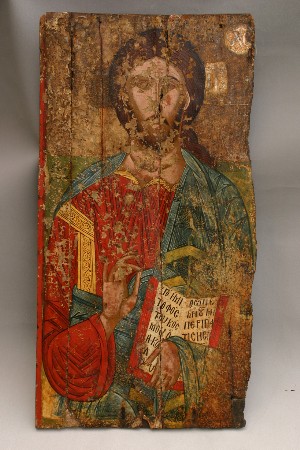 Icons from Rhodopes are being introduced in Sofia

16 March 2010
Exhibition called “Icons from Rhodopes” is going to open on the 17th of March at 18.30 at the Sofia-Sv. Aleksandir Nevsli Memorial Temple basement.

Icons with high artistic valued from Kardzhali were exhibited in Capital

18 March 2010
Last night “Icons from Rhodopes, 16-19th Century” Exhibition was opened at the Sofia-Sv. Aleksandir Nevsli Memorial Temple basement. The activity which was blessed and given permission by Metropolit of Plovdiv Nikolay aroused interest.

22 March 2010
Today, we celebrate the World Water Day. Water Day that is being celebrated internationally was firstly celebrated in 1992 at the Environment and Development Conference organized in Rio de Janerio Brazil.

22 March 2010
Today, Municipality of Kardzhali and United Children’s Complex are organizing traditional 8th Masked Spring Ball. Traditionally all the 4th class students of the schools in Kardzhali will attend to the Ball. 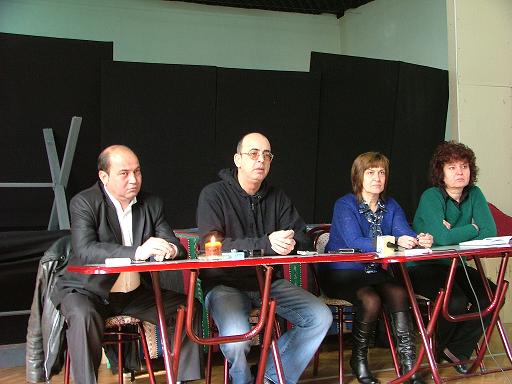 22 March 2010
Spring Concert by Kardzhali Kadriye Latifova Musical and Theatre team will delight Kardzhalians. The concert will be on the 23rd of March at 19:00. Songs in various languages will be sang, modern dance shows will be performed and poems will be recited at the concert which is organized due to the coming of the spring.

22 March 2010
KARDZHALI – GEODESY CARTOGRAPHY AND CADASTRE ADMINISTRATION ANNOUNCES ACCORDING TO THE 1ST CLAUSE OF THE 49TH ARTICLE OF THE CADASTRE AND PROPERTY RECORDING LAW. KARDZHALI

The Construction of the Industrial Products Market Begins 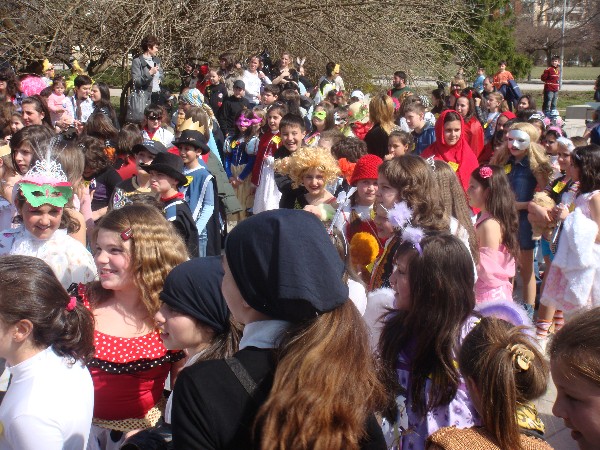 2 Hour Entertainment to the Kardzhalian Children

The team volleyball of Slaveykov is the champion of the province

23 March 2010
P. R. Slaveykov High School volleyball team is the champion of the province. The team of the Kardzhali’s major school’s 8-10th class students defeated all its rivals and climbed to the top.

23 March 2010
Haskovo Thrace Herpetological Society exotic animal species exhibition visits Kardzhali on its way to “World and Human Being” Museum for a week. From today on, Kardzhalians have chance to see the very different animal species for a week.

25 March 2010
City Council Members took part in the Silent Action in front of the Lead and Zinc factory due to the increased air pollution in the city. The decision of the protest was taken at the council session today unanimously.

26 March 2010
N.Y. Vaptsarov Regional Library and Kardzhali Military Club are organizing Spring Poetry Reading tonight. Besides the local poets, poets from Stara Zagora and Haskovo will participate to the activity. 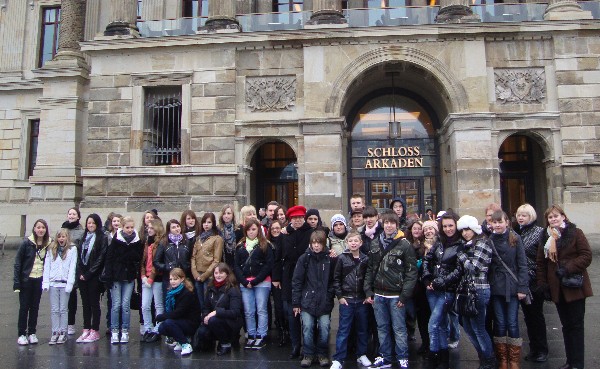 “My life, your life, our lives”

26 March 2010
Some students and teachers from “Hristo Botev” Foreign Languages School visited Germant between 9 and 13 March. They visited “Down Saksonya” province, “Gifhorn” district and “Weyhausen” in Germany.