Local Ombudsman in the Kardzhali Municipality 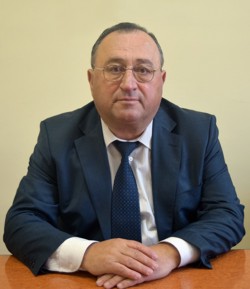 PROFESSIONAL CAREER:
2011 - 2014 – Elected for municipal councilor in the municipality of Kurdzhali; Chairman of the MRF Advisory Group until his election as a Local Ombudsman;
12.07.2011 –19.03.2012 - Registered at the Labor Office - Kardzhali as unemployed;